I recently came up with what I think is an intuitive way to explain Bayes’ Theorem. I searched in google for a while and could not find any article that explains it in this particular way.

Of course there’s the wikipedia page, that long article by Yudkowsky, and a bunch of other explanations and tutorials. But none of them have any pictures. So without further ado, and with all the chutzpah I can gather, here goes my explanation.

One of the easiest ways to understand probabilities is to think of them in terms of Venn Diagrams. You basically have a Universe with all the possible outcomes (of an experiment for instance), and you are interested in some subset of them, namely some event. Say we are studying cancer, so we observe people and see whether they have cancer or not. If we take as our Universe all people participating in our study, then there are two possible outcomes for any particular individual, either he has cancer or not. We can then split our universe in two events: the event “people with cancer” (designated as \(A\)), and “people with no cancer” (or \(\neg A\)). We could build a diagram like this: 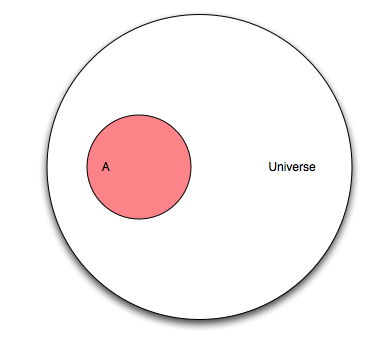 Good so far? Okay, let’s add another event. Let’s say there is a new screening test that is supposed to measure something. That test will be “positive” for some people, and “negative” for some other people. If we take the event B to mean “people for which the test is positive”. We can create another diagram: 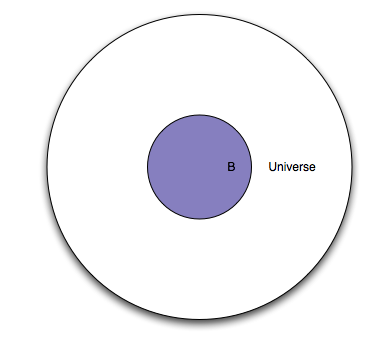 Note that so far, we have treated the two events in isolation. What happens if we put them together? 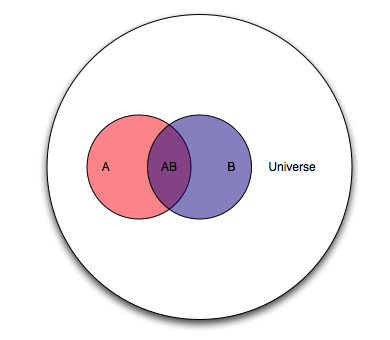 We can compute the probability of both events occurring (\(AB\) is a shorthand for \(A∩B\)) in the same way.

But this is where it starts to get interesting. What can we read from the diagram above?

So what is it? Well, it should be

we can rewrite it using the previously derived equations as

What we’ve effectively done is change the Universe from \(U\) (all people), to \(B\) (people for whom the test is positive), but we are still dealing with probabilities defined in \(U\). 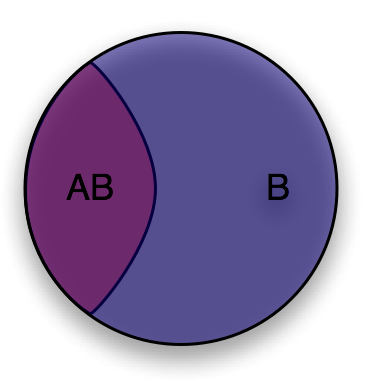 Now let’s ask the converse question “given that a randomly selected individual has cancer (event \(A\)), what is the probability that the test is positive for that individual (event \(AB\))?”. It’s easy to see that it is

Now we have everything we need to derive Bayes' theorem, putting those two equations together we get

Which is Bayes' theorem. I have found that this Venn diagram method lets me re-derive Bayes' theorem at any time without needing to memorize it. It also makes it easier to apply it.

Take the following example from Yudowsky:

First of all, let’s consider the women with cancer 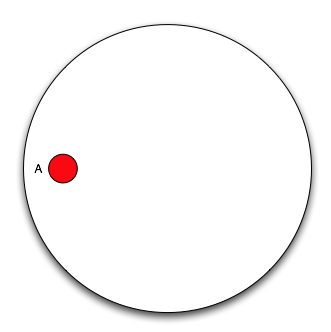 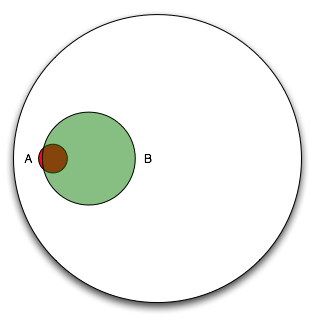 It is clear from the diagram that if we restrict our universe to \(B\) (women with positive mammograms), only a small percentage actually have cancer. According to the article, most doctors guessed that the answer to the question was around 80%, which is clearly impossible looking at the diagram!

Note that the efficacy of the test is given from the context of \(A\), “80% of women with breast cancer will get positive mamograms”. This can be interpreted as “restricting the universe to just \(A\), what is the probability of \(B\)?” or in other words \(P(B|A)\).

Even without an exact Venn diagram, visualizing the diagram can help us apply Bayes' theorem:

which is 0.0776 or about a 7.8% chance of actually having breast cancer given a positive mammogram.